In 2002, following extensive renovations and strengthening of the main structure, as part of a unique preservation project, Amy Metom moved to its new offices in a historic building at 3 Yavne Street

As an internationally recognized engineering company for several decades, Amy Metom chose to locate its headquarters in an historic building in the City of Haifa, to house the company’s modern and sophisticated consulting and engineering operations.

This goal formed the guiding principle in preserving the building.

The renovations and preservation of the building façades are faithful, insofar as is possible, to the original.

The building was selected by Haifa Municipality as one of 13 particularly noteworthy historic buildings.

Here is how the building is described on the municipality's website:

The building was constructed as a residence in 1921 in traditional Arab style with a central space inside.
A third story and balconies on the façade were added later.
The building is representative of the transitional period between traditional Arab style and modern European style.
The windows and doors are framed with chiseled and shaped stone.
The balconies have lattice type stone railings.
The iron gratings are designed in a variety of oriental patterns.
The building was renovated and preserved in 2002 by the engineering company that purchased it. 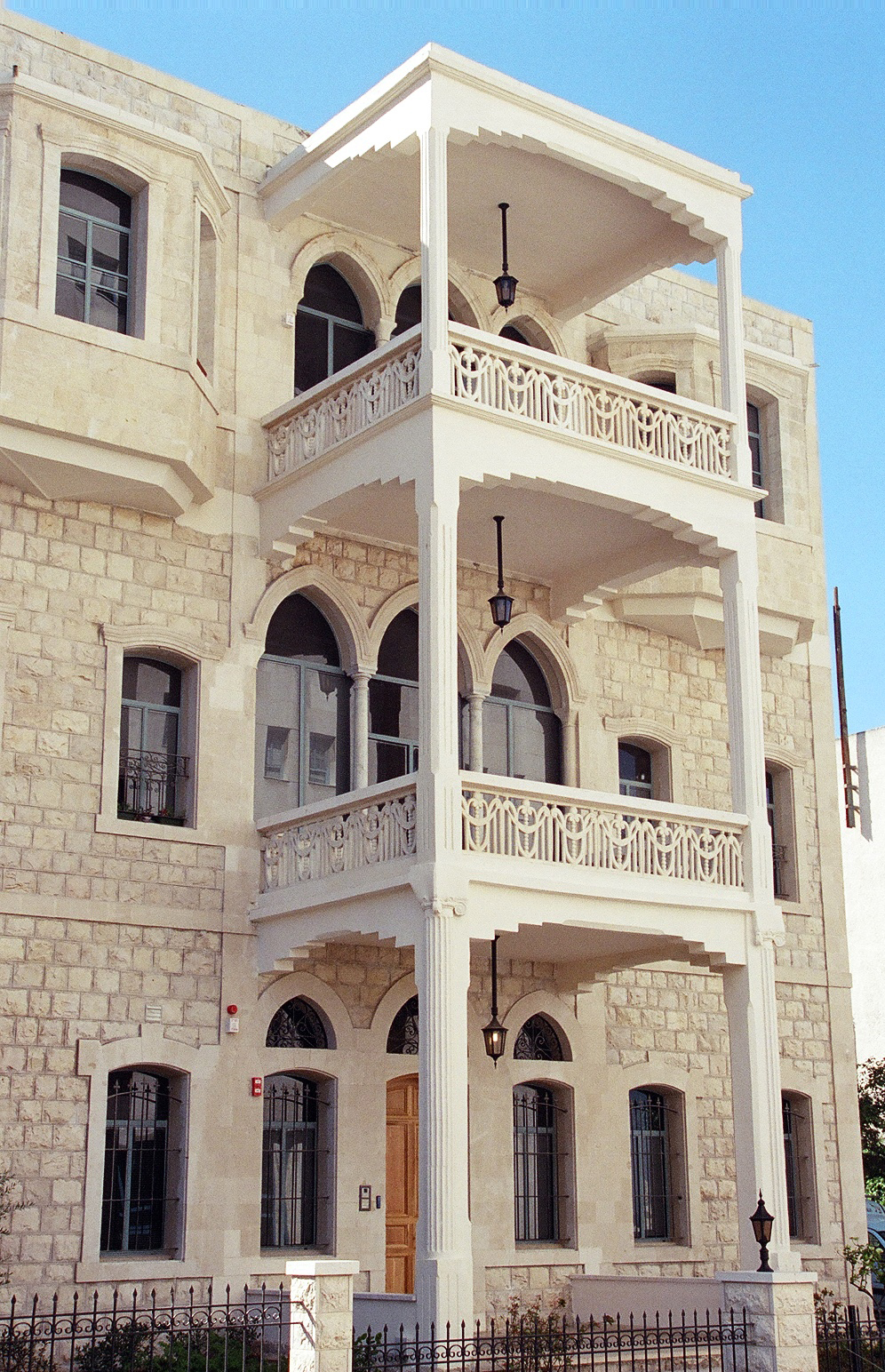